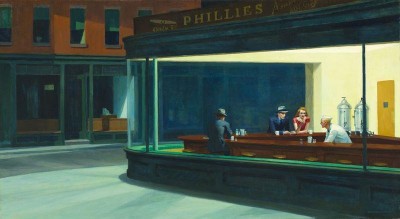 Among the denim-clad glamour girls and blockbuster movie stars staring down from the billboards of the Sunset Strip, images of great American artworks will be displayed this summer in what organizers are calling “the largest outdoor art show ever conceived.”

Five museums — the Los Angeles County Museum of Art, the Art Institute of Chicago, the Dallas Museum of Art, the National Gallery of Art in Washington, D.C., and the Whitney Museum of American Art in New York — have come together with the Outdoor Advertising Assn. of America to execute Art Everywhere, a sweeping, interactive art campaign. 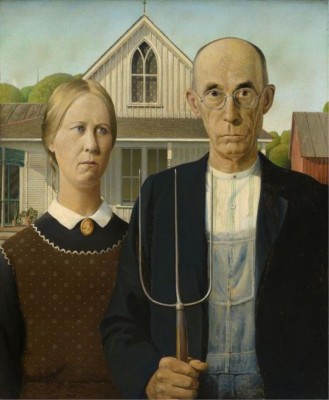 Along with billboards in Hollywood, the images will be displayed in Times Square and bus stops, subway platforms and signs around the country.

The public is invited to vote on its favorite American artworks from a master list of 100 that the museums have curated from their combined collections, the frenetic color-drippings of Jackson Pollock and the fluid curves of Georgia O’Keeffe’s oil blossoms among them. The 50 most popular images will then be featured throughout August on about 50,000 billboards and signs in select U.S. cities. 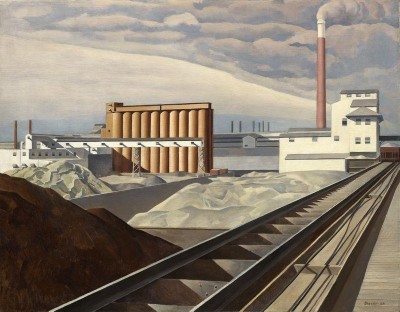 The campaign, which follows a similar program in England last year, may be a publicity play for the museums, but it’s also an effort to raise awareness of art nationwide.

“Images out of sight may be out of mind,” LACMA Director Michael Govan said. “Art Everywhere puts marvelously diverse American ideas and stories told through images in the open air with public involvement — reminding us of the many more great images that are accessible in our museums.” 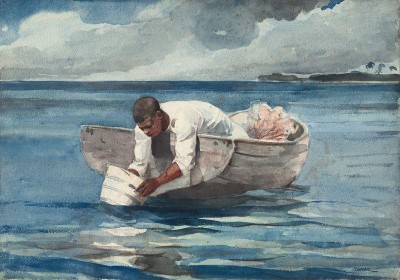 The Water Fan, 1898/99 Winslow Homer The Art Institute of Chicago

Voters will be asked to consider not just paintings but photographs, multimedia works, drawings on paper and decorative objects from the 18th century to 2008. Grant Wood’s now-iconic “American Gothic,” of a rigid-looking farmer clutching a pitchfork beside his daughter, was nominated by the Art Institute of Chicago. LACMA’s black and white John Baldessari photograph from the mid-’60s, “Wrong,” is also in the mix.

“In a way, it’s a mini history of American art — and an opportunity for people to identify which works resonate for them personally,” said Dallas Museum of Art Director Maxwell L. Anderson. “I hope families and individuals will have a fresh look at our collective cultural heritage and see the potential in their lives of visiting museums and appreciating great works of art.”

Voting will take place at ArtEverywhereUS.org, where the final list of artworks will be announced June 20. Among the artists whose works are on the ballot: Edward Hopper, Mark Rothko, John Singer Sargent, Mary Cassatt, Ed Ruscha, Catherine Opie, Andy Warhol, Cindy Sherman and Frank Lloyd Wright.

“The beauty of this project,” Govan said, “is that we can share these masterpieces of American art with people all around L.A. and the rest of the country — no admission necessary.”